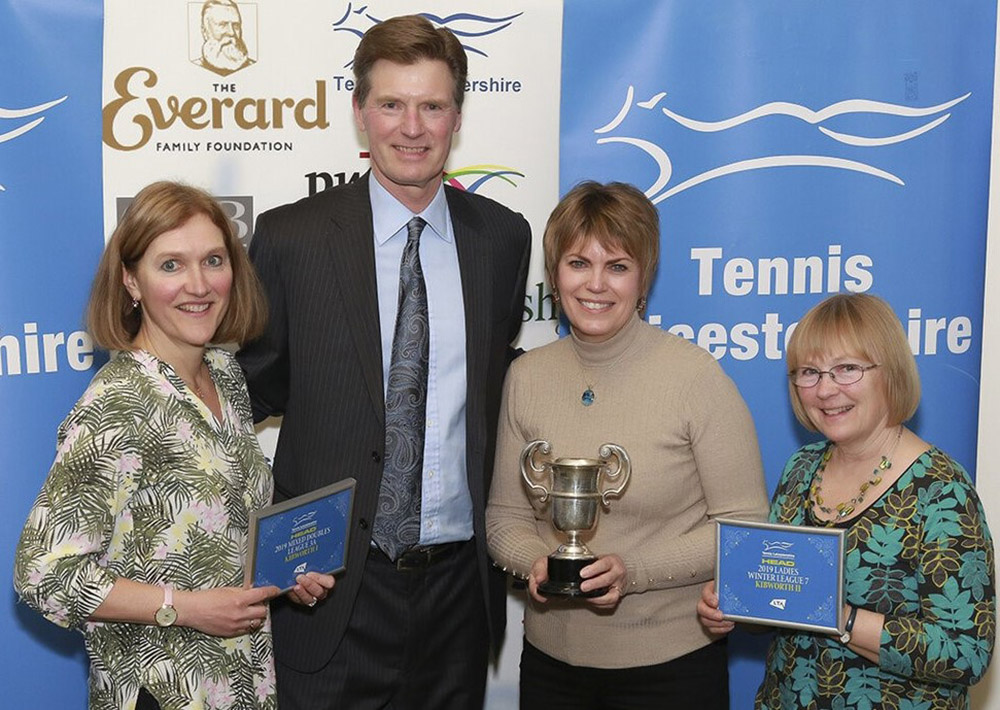 The awards were presented to the teams by Peter Fleming, a former top-10 player who was part of the famous doubles team with John McEnroe. He is currently a TV tennis commentator.

The 2nd season current Mini/Junior Team Tennis Events started in October 2019 and will run through to the end of August 2020.

The events take place on a Saturday afternoon for children aged from 6 to 16. Over 100 children are taking part playing for one of the 2 teams called Mati’s Team and Joe’s Team. Since October, 38 matches have been played and the current score is 431-425 to Mati’s team. So which team will be the first to reach 500 points?!