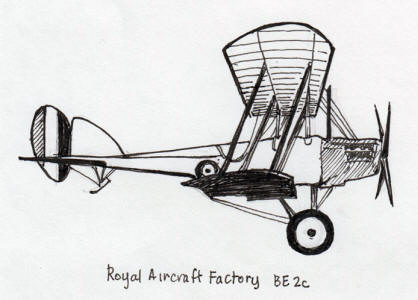 On 1 September 1914 Len enlisted, just after finishing his apprenticeship. He joined the Leicestershire Regiment and took part in the assault on the Hohenzollen Redoubt, a massive German earthwork, during the Battle of Loos in 1915. The area was covered with mines and slag heaps and accounts of the battle indicate that there was a shortage of shells. Smoke and chlorine gas were used to compensate but these had only a limited effect. In addition, reserves were held too far back to provide support for the soldiers. The local white chalk made the British trenches conspicuous to the enemy on higher ground and the Leicesters suffered many casualties, of whom almost half were killed or died of their wounds.

Later Len was transferred to the Royal Flying Corps in which he was a Disciplinarian (Warrant Officer). In the muster roll compiled at the establishment of the Royal Air Force on 1 April 1918, it was recorded that he had been promoted on 24 January 1918 and earned 3s 3d. He spent time at what later became RAF Halton, perhaps for training. He told the family that he had been an ‘Observer’ and sat with his feet on ‘scaffolding’ in the plane, reporting back on the terrain and the position of the enemy. In the early days of the RFC, the Observer was senior to the pilot; later they both became gunners as well.

After four and a half years of serving his country, happily without injury, Len was discharged from the RAF on 16 March 1919. When Slaters, designers and producers of display units, set up a business on Smeeton Road, Kibworth, Len went to work for them. He loved making things, including a fully working gyroscope and a sled for the children of the family. When war came again, along with many veterans of the Great War, Len joined the Kibworth and Langtons Home Guard.

The Chronicle would like to thank Pat Jones and Howard Pickering for sharing the story of Len’s Great War experiences. If you know more about the Leicestershire Regiment or the Royal Flying Corps, please get in touch with the Chronicle by email or the box in Kibworth Post Office.