In the Spotlight: Stephen Poyzer and Barbara Pickering 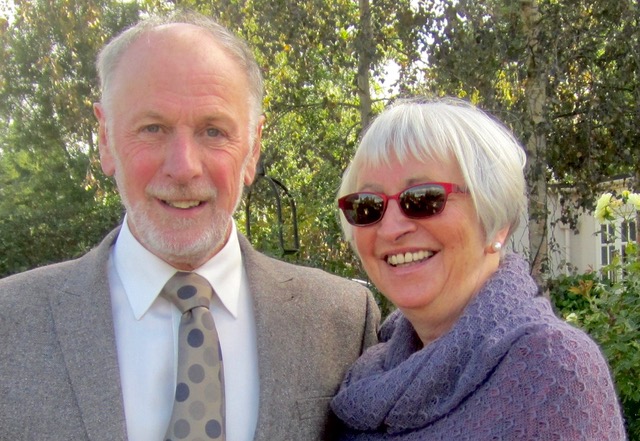 Stephen and Barbara are a delightful couple who have lived in Kibworth for over 30 years although neither of them was born here.

Barbara was born in Oldham and for family reasons lived in various other places before moving south to Wigston initially and then to Kibworth in 1975. She left school at 18 and became a civil servant, working for the Ministry of Defence. On marrying she moved to London and had 2 children, moving back to Kibworth in1983. Barbara has moved house within the village several times but clearly likes it as she is still here and has no intention to leave. She has been involved in several community based activities including setting up the Kibworth Methodist Play school. She continues to help with church activities and every month helps to prepare and serve lunch for people living alone or in need. Until last year Barbara was involved with laying up the Kibworth & District Chronicle and has also been Newsletter editor of the Kibworth and District U3A.

Stephen was born in Nottingham, where he went to school and on to teacher training college. Later he joined the civil service working for HM Inland Revenue and Customs. Stephen moved to Kibworth primarily to benefit his sons’ education as he had heard the Kibworth schools were good at dealing with students with learning problems. He quickly became involved with several local organisations. For the past 32 years he has been part of the Kibworth & District Chronicle team, 20 of those years were as Chairman. He has been a member of the U3A for 13 years and on its committee for the last 5. He is also a supporter of the Kibworth Windmill.
He met Barbara in 1995.
Stephen and Barbara enjoy many shared interests including theatre and cinema, dining out, walking in the countryside and cycling to name but a few.

1. What is your earliest memory?

Barbara: rearranging the furniture at home in order to play cowboys and indians with my brother. It was before school so I would have been under 5
Stephen: sitting in my large coach built pram at Nottingham Arboretum, feeling annoyed at having to share it with my sister’

2. What did you want to be when you were growing up?

Barbara: I don’t recall having any strong career ambitions. I became a civil servant. Stephen: I loved maps so I wanted to be a cartographer. I had a romantic view of myself drawing places all around the world.

3. What was your most embarrassing moment?

Barbara: it is just too embarrassing to reveal in print!!
Stephen: as a child we were on holiday at St Leonard’s on Sea. There was a boating lake and some people had radio controlled boats. I was fascinated by them but my father warned me not to go too near or I might fall in. I went too near and of course I fell in. It was quite deep and I was soaked.

4. What made you move to Kibworth?

Barbara: it was 1975 and I was recently divorced and living in a flat in Wigston. I really wanted to buy a house. My cousin put her house up for sale, a cottage in Smeeton Road, so I bought it and loved it.
Stephen: when living in Wigston in 1987, I heard the schools in Kibworth were very good at dealing with problems associated with dyslexia. Both my sons had some dyslexic tendencies so primarily we moved to Kibworth for them.

5. You eat out a lot (when you can). What is your favourite meal? Barbara: a good curry. One that is full of flavour and interesting ingredients. Eaten with Naan bread rather than rice.
Stephen: at The Lighthouse in Kibworth I really enjoy their twice cooked cheese soufflé. I also recall a delicious light lemon sponge that my mother made when I was child but I can’t recall its name.

7. What do you consider to be your greatest achievements?
Barbara: the fact that my children have grown up to be fine, responsible adults despite the various challenges of being a single parent.
Stephen: reaching my age when there is no history of longevity in my family.

8 Who would you invite to your dream dinner party? Barbara: George Harrison, Michelle Obama and Lulu Stephen: Twiggy, Nelson Mandela and Michelle Obama

9 What is top of your bucket list?
Barbara: I’d like a cruise on the river Nile
Stephen: a road trip around Iceland hoping to see the Aurora Borealis. However we can’t go on these together as Barbara hates being cold and I don’t want to cruise!

10 What do you like most about this area?
Barbara: the beautiful countryside
Stephen: walking in the lovely countryside. We’re a long way from the sea unfortunately but the walks are excellent.

11 If you could bring someone or something back to life, who or what would it be?
Barbara: the brilliant Northern comedian Victoria Wood. She was so talented and I really miss her style of humour.
Stephen: the inventor of the internal combustion engine. I would want to ask him if he had any idea of what damage it would do to the planet. The same could apply to various other inventions, the telephone springs to mind. They have brought lots of benefits but have also caused huge problems.

12 Who would play you in the film of your life?
Barbara: Twiggy – she has lots of verve and vigour and I think she’d do a very good job as me
Stephen: Wilfred Bramble or Antony Sher. 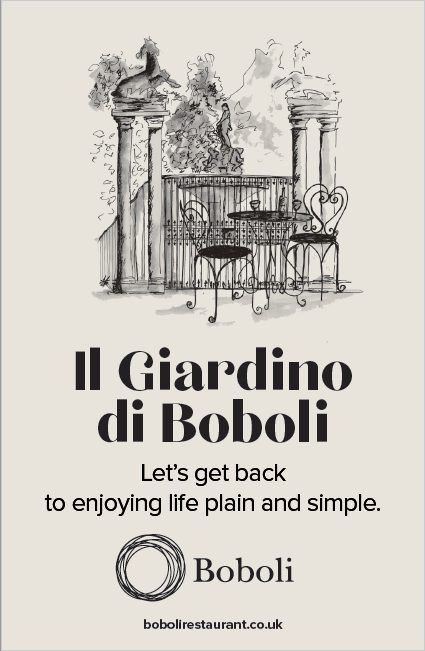