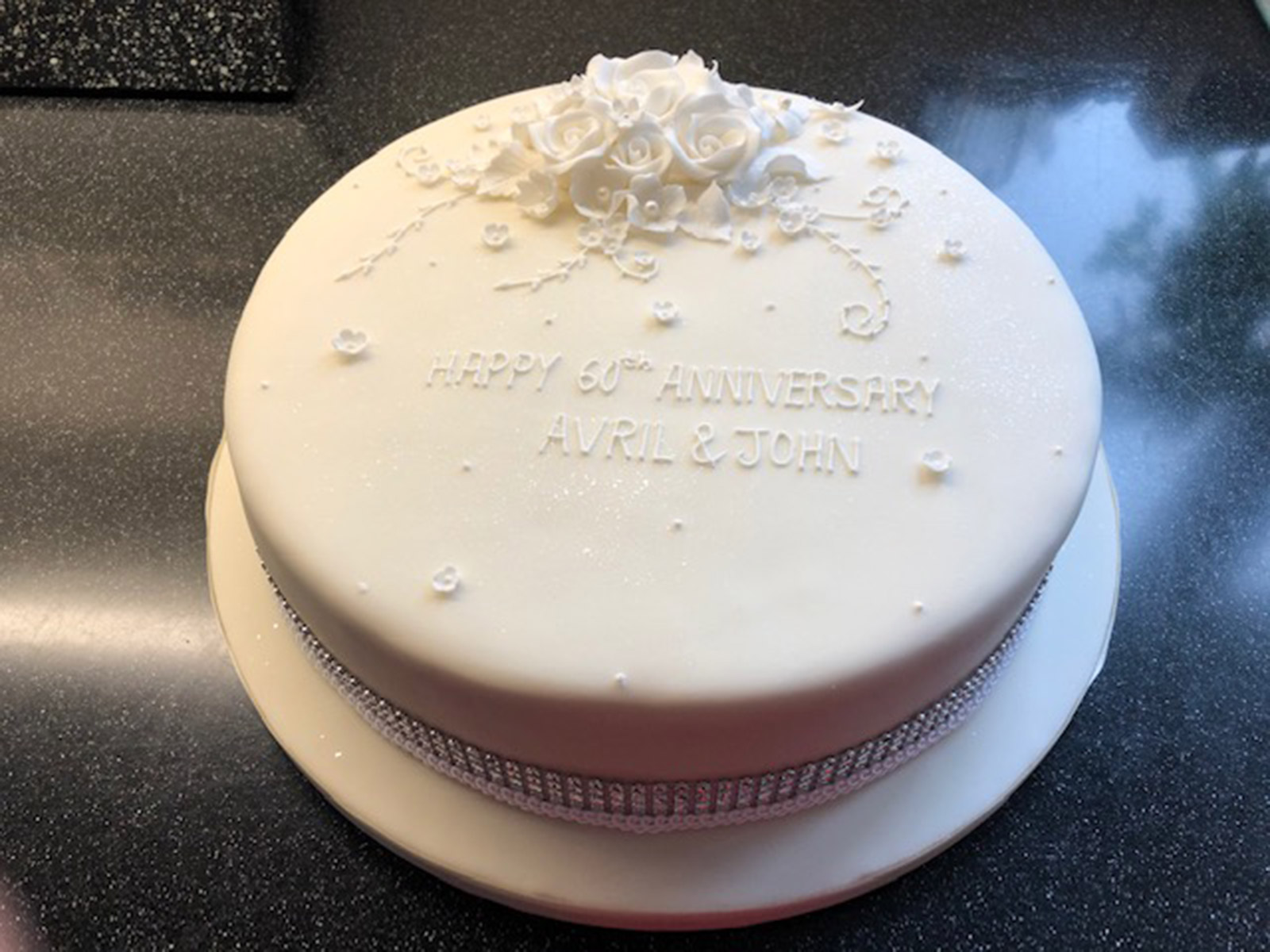 On 19 March 2020 Avril and John Thorpe of Mowsley planned to celebrate their married life together with a small tea party, for family and friends, in the comfort of their own home. The Coronavirus pandemic put paid to that. So it was a small tea party, just the two of them, a beautiful cake and lots of lovely memories evoked by the many cards and phone calls they received. Plus the novelty of a few well-wishers shouting from two metres!

The couple met in the summer of 1958 at a 21st party in Burton Overy village hall. The tune of the day was ‘Tulips from Amsterdam’. Further dates followed, planned around Avril’s training as a nurse.

John was obviously very keen and knew how to impress a girl, for when Avril told him that her favourite car was a red MG, he went out and bought one! A 1940 model. They were engaged on Christmas Day 1958 and married at Holy Apostles Church in Leicester in 1960. The MG was replaced by an A35 van.

After a two day honeymoon in London at The Regent Palace, they began married life in their almost finished house in Great Glen. Six months later Avril qualified as an SRN, continuing to work at the Leicester General Hospital until their son John, was born two years later. The arrival of Jane two years after that completed the family.

John continued to work with his father in Thorpes cabinet making business, making mainly furniture for educational establishments. Avril ran a play group and became a councillor on the now defunct Billesdon RDC. House moves within Great Glen ensued and eventually a relocation to Sunnyside Farm, Mowsley. The ‘sheds’ with the property clinching the deal!

Life ‘in the sticks’ was very different, but the family soon adjusted and became involved in the community. The sheds came in useful when gardening, ponies, poultry and other country pursuits were embraced. Avril returned to nursing, eventually becoming an Outpatients Sister at Market Harborough Hospital. John built up the family business but also found time to become involved with the Laughton and Mowsley Cricket Club. He is still their president. He also served as parish Chairman for many years. Both were stalwarts at village events and still support those who have taken over when they can.

Life has had its ups and downs especially health wise but they have seen each other through these blips and know they are lucky to still have each other.

Here’s to their Platinum!