Ordnance Survey on your Operating System

The Journey is the quarterly magazine of the Youth Hostel Association. Recently there was a short, potted history of Ordnance Survey (OS) mapping through the centuries. Readers might be interested to know that Ordnance Survey has been mapping Britain since 1791. Governments, businesses, the military and of course, outdoor pursuit enthusiasts, rely on the maps and data that is available from this august provider. Ordnance Survey’s origins lie in military strategy, with the Scottish Highlands first being mapped area after a rebellion in 1745. Later, as the French Revolution rumbled across the channel the government decided it should survey England’s exposed coasts. For this task, the Board of Ordnance was founded on 21st June 1791. However, it took a further decade for the first map to appear.

A Century of Local Institution

The Kibworth Club, formerly known as the Kibworth Working Men’s Club & Institute Ltd., opened its doors to members on 28 July 1921. This year sees the current members celebrating a century of local institution.

The writing may be on the wall

Buildings archaeologist James Wright of Triskele Heritage has recently completed an historic graffiti survey of Kibworth Harcourt Windmill. The work took place as part of a conservation project by the landowners – the Society for the Protection of Ancient Buildings. The mill is of special significance as it is the only post mill in Leicestershire.

Interestingly, we have connections to Russian Royalty in Leicestershire. In last month’s Kibworth & District Chronicle, ‘Duggie’s Ramblings’ referred to an obituary, HRH The Prince Philip, Duke of Edinburgh. 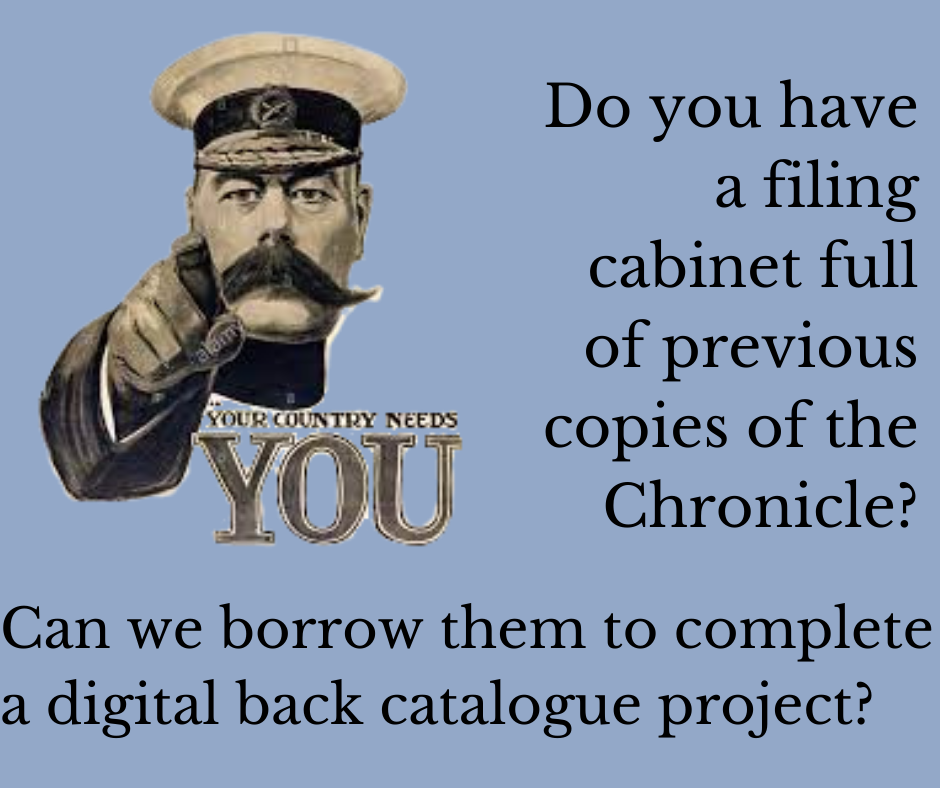 We are undertaking a mammoth task of digitalising the entire Kibworth & District Chronicle back catalogue. The Chronicle has published over 400 editions, since it was founded in April 1978.

How interesting to have two articles on the Mason family in Issue 429; THE MULTITASKING VICTORIAN by Glyn Hatfield
and THE VILLAS by Stephen Butt.

The history of the Villas

The row of houses, we know as the Villas, on Church Road was originally called Beauchamp Cottages.

Discover the multi-tasking Victorian. Looking at the ornate bill of sale, below, I was surprised to learn how versatile our ancestors actually were. They often turned their hand to almost any assignment. By the design of the letterhead, it would appear that this company tackled most projects that came their way. The businessman, Edward Mason, was based in Kibworth and a noted builder, contractor and monumental mason in the area.